Incumbent Decatur County Sheriff Dave Durant has announced that he will be seeking re-election in the 2022 Republican primary.  Durant originally ran on the fact that he was not a politician but a lifelong law enforcement officer.  Durant asked the citizens to vote for a vision and person, not a particular party. Durant originally ran as a Democrat. He asked the Republicans to cross over and vote Democrat. This time he is asking the Democrat voters to do the same.

Durant touts several accomplishments during his first term which are directly in line upon which he originally campaigned.  Durant has aggressively secured grant funding nearing half a million dollars in his first term. This funding along with re-aligning the Decatur County School Resource Officer Program was used to increase coverage out in Decatur County by almost 25%. Also, Traffic Safety Partnership grant funding has been used to reduce vehicle accidents and fatalities.  Durant has also completely revamped the commissary system inside of our Detention Center as well as eliminating the employee Comp time system and excessive holiday pay.  By restructuring how they do business at the Decatur County Sheriff’s Office, Durant says they have created a savings on taxpayers of nearly 3 million dollars while increasing efficiency and professionalism throughout the agency.

A fulltime community grant funded program’s director inside the Decatur County Detention Center has also been created. These programs which have been implemented are an important part of his “Arrest to Recovery” model at the Decatur County Sheriff’s Office.  According to Sheriff Durant, it starts with aggressive and proactive law enforcement to stop an offender’s destructive path and immediately safeguard the citizens in our community.  Durant added that once in the Decatur County Detention Center, programs such as Residents Encounter Christ, Recovery Church and Moral Reconation Therapy implemented by our Programs Director Dave Burnett help reduce jail overcrowding and recidivism turning tax draining citizens into successful, taxpayers as they re-enter our community. This all comes at no additional cost to the county.

Durant is passionate and feels honored to serve Decatur County as their Sheriff.  Durant gives the credit first to GOD, then to his incredible staff along with the great partnership with the citizens of Decatur County. 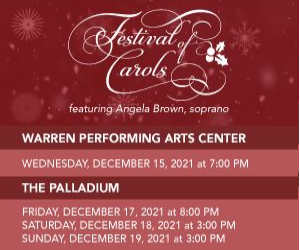