Greensburg, IN- On November 16, 2020 at approximately 08:23 hours, Greensburg officers overheard radio traffic in reference to a barricaded subject in Batesville, Indiana that had fired shots at a Batesville officer and requested assistance from surrounding agencies.

Two officers from the Greensburg Police Department responded to the area of Bridlewood trace, in Batesville to assist. During the standoff, the suspect continued to fire multiple rounds.

At approximately 11:28 hours, the suspect exited the residence with a firearm and began walking towards officers with the firearm pointed in their direction. Fearing for their safety, officers discharged their firearms striking the male suspect.

Due to the nature of the incident, a supervisor with the Greensburg Police Department had arrived on scene as the incident had ended.

Greensburg Police Chief Brendan Bridges was immediately made aware that an officer with the Greensburg Police Department had discharged his firearm at the suspect. Chief Bridges later learned that the suspect had been pronounced deceased at the scene. Once the scene was secured, the Greensburg officer that had discharged his firearm was placed on administrative leave, pending an internal investigation of the incident. The Indiana State Police took over the investigation of the officer involved shooting portion of the incident.

At the conclusion of the internal investigation and firearms review board, a decision was made that the officer involved in the shooting had followed all proper procedures and policies during the incident.

The name of the officer was not released due to an outside agency conducting the investigation of the shooting. Any further information on this investigation will be released by the Ripley County Prosecutors’ office or The Indiana State Police.

IN THE RIPLEY SUPERIOR COURT

IN THE MATTER OF AN INVESTIGATION BY THE RIPLEY COUNTY PROSECUTOR.

On Monday, November 16, 2020 at 7:53 a.m., the Batesville Police Department (BPD) received a 911 call from a female stating that her husband was acting erratically and had a knife. The caller stated that her husband had gone into the garage where his gun safe was located. She stated she was in the home with their three young children. The female caller identified herself as Sarah Evans, and her husband as Joshua Evans (DOB: 09/10/1988). They lived at 11 Bridlewood Trace Road in Batesville, Indiana, where the incident took place.

Several police agencies responded to 11 Bridlewood Trace Road, as Joshua Evans barricaded himself inside his garage and continued to fire rounds at police officers, Indiana State Police Emergency Response Team (ERT) members drove an ERT van to the inner perimeter of the scene. Three ERT members took cover behind the engine block of a black police SUV parked in the inner perimeter. One member took cover behind a large tree in the yard of the vacant house next door to the Evans’ residence. A certified sniper from the Greensburg Police Department positioned himself on the roof of the home across the street from the Evans’ residence. Officers on scene estimated that Evans fired between 20-30 rounds during the approximate three hours he was barricaded inside his garage.

At approximately 11:31 a.m., Evans opened the side garage door and walked out of the garage. Evans had a black handgun in his right hand down at his side. ERT members told Evans several times to show his hands. Evans then raised the gun and started walking directly towards ERT member Master Trooper Eric Williams. Master Trooper Williams later told detectives that the gun was pointed directly at him, as he could see down the barrel of the gun. Three of the four ERT members engaged and fired their weapons at Evans, Greensburg Police Department’s sniper also engaged and fired his weapon at Evans.

Once Evans was down, an ERT member started chest compressions and requested Emergency Medical Services (EMS). Upon the arrival of EMS personnel, ERT members turned the care of Evans over to them. Evans was later pronounced dead at Margaret Mary Hospital in Batesville, Indiana. An autopsy was performed the following day by Dr. Karen Looman at the Hamilton County Coroner’s Office. This autopsy confirmed that Evans’ cause of death was multiple rifle wounds of the torso and extremities.

Indiana law recognizes that a person’s use of force – even deadly force – may be legally justifiable in certain circumstances. Specifically, “[a] person is justified in engaging in conduct otherwise prohibited if he has legal authority to do so.” I. C. 35-41-3-1. The law permits all citizens – including police officers – to use deadly force in specific self-defense purposes. See I. C. 35-41-3-2. Further, Indiana law grants explicit, additional authority to police officers to use deadly force in the scope of their official duties. See I. C. 35-41-3-3. Together, these statutes provide multiple, related legal defenses that are relevant in any criminal trial regarding a police officer’s use of deadly force against another person. Therefore, the State must consider these potential defenses when evaluating the evidence in a police-involved shooting.

The legislature has broadly defined relevant terms related to self-defense to embrace a wide range of potential conduct. Under the law, “deadly force” means any “force that creates a substantial risk of serious bodily injury.” I. C. 35-31.5-2-85. A “serious bodily injury” is any bodily injury that creates a “substantial risk of death” or “serious permanent disfigurement, unconsciousness, extreme pain, permanent or protracted loss or impairment of the function of a bodily member or organ, or loss of a fetus.” I. C. 35-31.5-2-292. Lastly, a “forcible felony” is any felony that involves either the “use or threat of force against a human being” or “imminent danger of bodily injury to a human being.” I. C. 35-31.5-2-138.

Indiana Courts have established that self-defense provides a “complete defense” to conviction. See Hart v. State, 93 N.E.3d 803 (Ind. Ct. App. 2018) (Parental privilege and self defense are complete defenses). To claim self-defense, a defendant only needs to show “he or she was in a place where he or she had the right to be, acted without fault, and was in reasonable fear or apprehension of death or great bodily harm.” Miller v. State, 720 N. E. 2d 696, 699-700 (Ind. 1999). A defendant’s reasonable belief must be evaluated both subjectively and objectively. Littler v. State, 871 N.E. 2d 276, 279 (Ind. 2007). “The phrase “reasonably believes,’ as used in the Indiana self-defense statute, requires both subjective belief that force was necessary to prevent serious bodily injury, and that such actual belief was one that a reasonable person would have under the circumstances.” Id.

Analyzing whether a Defendant’s beliefs were reasonable, requires the State to consider “what a reasonable person would believe if they were standing in the shoes of the defendant.” Washington v. State, 997 N.E.2d 342, 349 (Ind. 2013). Thus, the evaluation of a defendant’s belief that he was entitled to act in self-defense is determined from the point in time at which the defendant takes arguable defensive action. Henson v. State, 786 N.E. 2d 274, 278 (Ind. 2003). Any belief must be “supported by evidence that the alleged victim was imminently prepared to inflict bodily harm on the defendant.” Id.

INDIANA LAW AND USE OF FORCE RELATING TO ARREST OR ESCAPE

In addition to self-defense, Indiana law provides further legal justification to police officers who use deadly force when acting in the scope of their official duties. Under I. C. 35 41-3-3(b), “a law enforcement officer is justified in using reasonable force if the officer reasonably believes that the force is necessary to effect a lawful arrest.” Further, an officer is permitted to use deadly force when he has “probable cause that deadly force is necessary” to

either “prevent the commission of a forcible felony; or to effect an arrest of a person who the officer has probable cause to believe poses a threat of serious bodily injury to the officer or a third person.” I. C. 35-41-3-3(b)(1). As with self-defense, this statute imposes no duty to retreat. However, an officer must give warning, “if feasible” to the “person against whom deadly force is to be used.” I. C. 35-41-3-3(b)(2).

The United States Supreme Court has determined that all claims of excessive force by police officers are evaluated within the framework of the Fourth Amendment to the United States Constitution. Graham v. Connor, 490 U.S. 386 (1989). Therefore, Indiana courts are bound to follow the Graham standard. O‘Bannon v. City of Anderson, 733 N.E. 2d 1, 3 (Ind. Ct. App. 2000). Graham advises that a thorough inquiry requires a fact-finder to consider whether a belief was objectively reasonable under the circumstances as would be understood by a “reasonable officer on the scene.” Graham, 490 U.S. at 396. This analysis should occur as if it were done in real time. Graham warns against evaluating an officer’s beliefs purely in retrospect, long after an officer has been forced to make “split-second judgments” in “tense, uncertain, and rapidly evolving circumstances.” Id. at 396-397.

Instead, Graham requires that courts must consider whether an officer’s use of force was objectively reasonable at the time force was employed, in light of all known facts, including “the severity of the crime involved, whether the suspect is an immediate threat to officers, and whether the suspect is attempting to resist or evade arrest.” O’Bannon v. City of Anderson, 733 N.E. 2d at 3.

LEGAL ANALYSIS OF THE DEATH OF JOSHUA EVANS

The State’s findings that the officers acted within their personal right to self-defense and their legal authority to use deadly force in the performance of their official duties are based on the following salient facts:

Officers from multiple agencies responded to the active shooter scene to assist. Many of those officers responded in full uniform and in marked police vehicles within view of the Evans’ residence. All officers responded to the scene in the official course of their duties; Evans’ residence is located in a residential subdivision where numerous homes are located in relatively close proximity – well within the range of a gunshot;

Evans was barricaded inside his garage with several guns for approximately three hours. During that period, multiple attempts were made by law enforcement to communicate with Evans to try to de-escalate the situation. Evans did not respond to officers’ announcements and/or phone calls for over two hours. At approximately 11:08 a.m., Evans answered a phone call from a hostage crisis negotiator. During the call, Evans stated that the officers were going to have to come in and shoot him. Evans fired multiple gunshots while on the phone, aware of the surrounding law enforcement officers in the area and the homes in relatively close proximity to his. Evans further stated, “Take the shot or I’m going to,” then began a countdown;

The ERT members within close proximity of Evans’ residence were aware of the conversation between Evans and the hostage crisis negotiator;

Following his countdown, Evans exited the garage with a black handgun down at his side. Numerous officers directed Evans to drop his gun and show them his hands multiple times. Significant warning was provided to Evans as the officers pleaded with him to drop his weapon. Rather than comply with the officers’ commands, Evans raised the gun, pointed it at Master Trooper Eric Williams, and started walking directly towards Williams. In response, multiple officers discharged their weapons striking Evans;

Evans’ pointing of a firearm directly at Master Trooper Williams was a forcible felony;

The officers’ use of force was objectively reasonable in light of all known facts. The evidence supports two separate legal justification defenses that deadly force was appropriate in instance. Evans’ pointing of a firearm directly at an officer, combined with his earlier of Asst. Chief Roope, the continued gunshot firing in the area, and the threatening statements he made to the hostage crisis negotiator, created a reasonable belief that Evans intended to inflict serious bodily injury to the officers and/or commit a forcible felony. Further, the officers, who were acting in their official capacity, were in a place where they had a right and duty to be, and while there, were placed in reasonable fear of death or serious bodily harm based on Evans’ actions that day. Evans created an immediate and potentially deadly threat to the officers that justified the use of deadly force under two separate legal justifications. 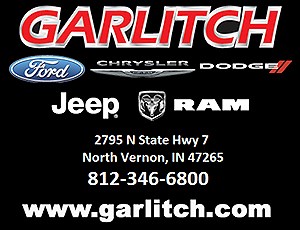