“I couldn’t be more pleased with our discussions in Seoul this week, reaffirming the strong economic and cultural partnerships between Indiana and South Korea,” said Gov. Holcomb. “It was a great opportunity to highlight the alternate energy and EV battery ecosystems we are building in the state. I’m confident that the relationships we created and deepened this week will lead to even more innovation, investment and a focus to develop better two-way trade between Indiana and South Korea.” On Wednesday, Gov. Holcomb, Sec. Chambers and the delegation visited Samsung SDI to tour its main electric vehicle (EV) battery production line and to meet with top executives of the company and with Stellantis to celebrate their growth plans in Indiana. In May, the companies announced a joint venture to invest more than $2.5 billion to build an EV battery plant in Kokomo, creating up to 1,400 jobs in Indiana. Plant construction is scheduled to begin later this year with production expected to launch in the first quarter of 2025. 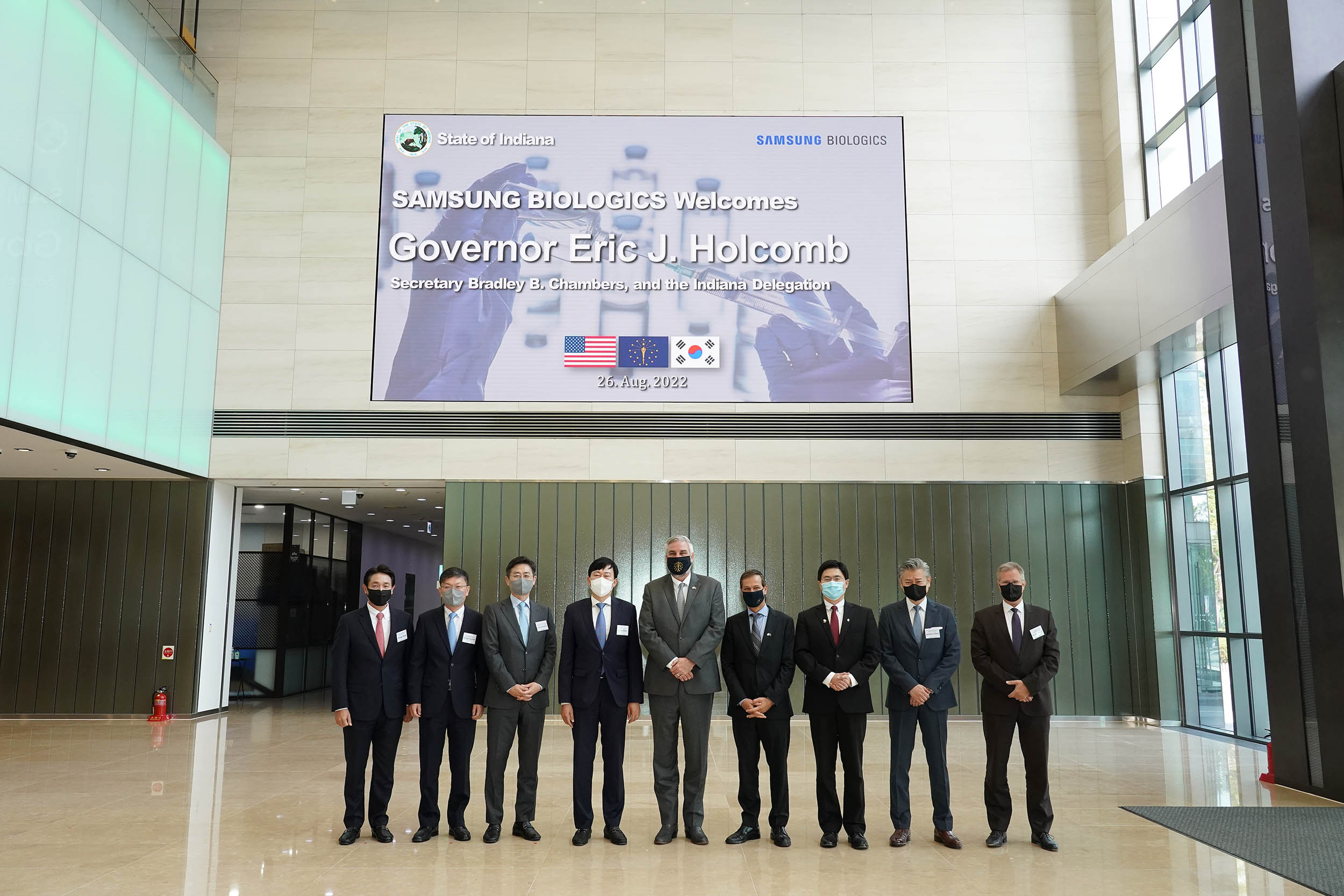 “Our goals for the growth of Indiana’s economy are ambitious, and South Korea’s industry is right in line with our 5E focus on the energy transition and building an economy of the future,” said Sec. Chambers. “Large-scale investments from companies like Stellantis and Samsung SDI are a testament to Indiana’s strengths and growing global leadership, and I look forward to more good news for Hoosiers following our productive meetings in Seoul.”

In Seoul, the delegation also met with a number of South Korea-based business prospects to highlight the state’s growing energy and electric vehicle manufacturing ecosystem and the competitive advantages of investing in Indiana. On Thursday, Gov. Holcomb highlighted Indiana’s future-focused industries at the American Chamber of Commerce in Korea’s Korean Digital Innovation Forum, and the delegation networked with US, South Korea and global business attendees in life sciences, technology and advanced manufacturing. 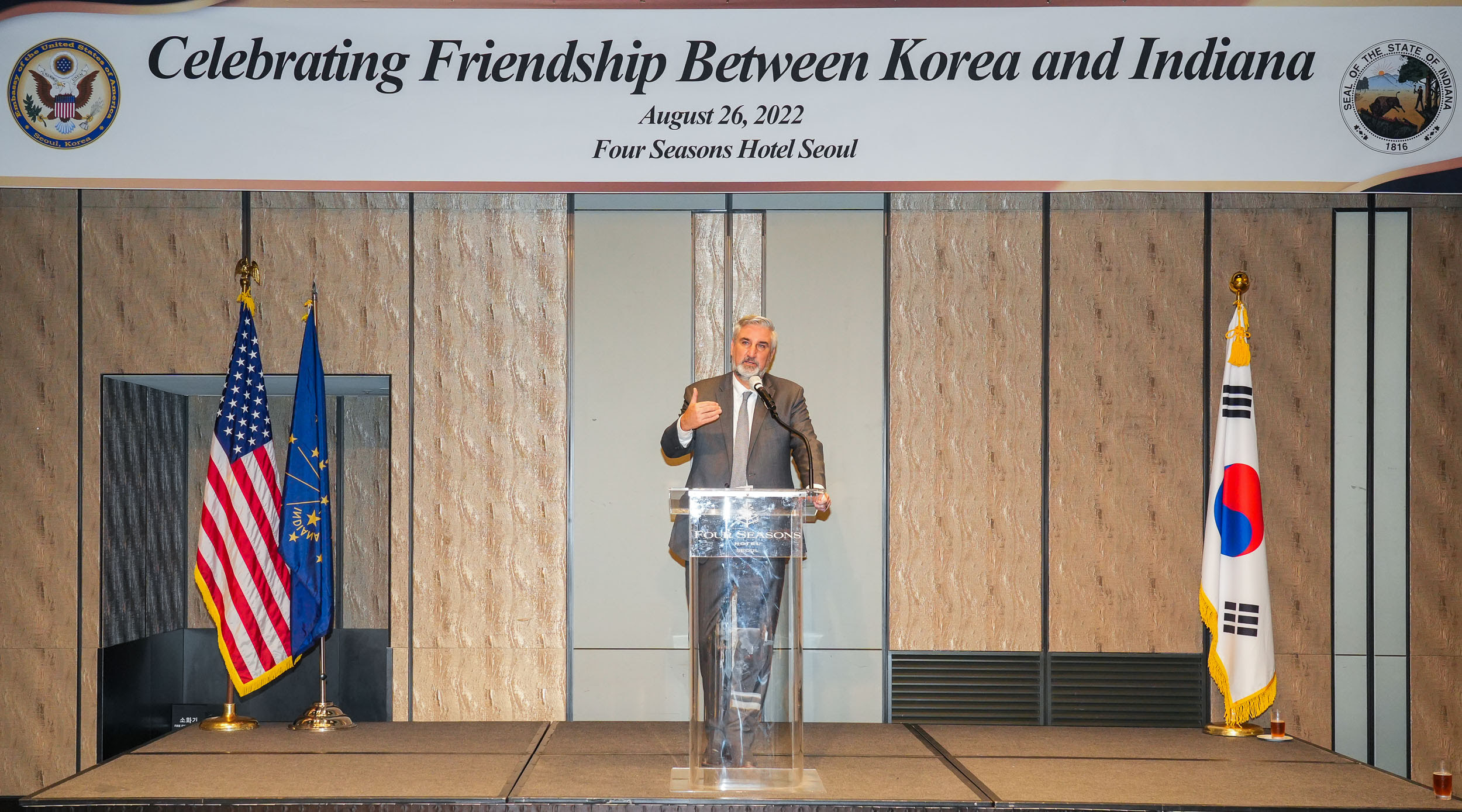 And on Friday, the delegation concluded its time in South Korea with a Friends of Indiana Reception hosted by US Ambassador to Korea Philip Goldberg to celebrate the South Korea-Indiana partnership with government and industry officials; South Korean companies invested in Indiana, including POSCO and Daechang Seat Co.; and Indiana-based companies with facilities in South Korea, such as Cook Medical, Eli Lilly and Zimmer Biomet.