Westport resident Kyle Alumbaugh suffers from hereditary spastic paraplegia (HSP). Kyle has become a significant part of a fundraising and awareness campaign that had attracted over 4,000 members to social a media site he oversees.

HSP is described as a rare, neuro-muscular, hereditary, progressive and leg-crippling disease. The Spastic Paraplegia Foundation says, in regard to how many people have it, misdiagnosis makes estimates range from one in 11,000 people, to one in 77,000.

Alumbaugh discovered the Spastic Paraplegia Foundation, which has been helping those with HSP and similar disease, Primary Lateral Sclerosis for 20 years. Known as PLS, this disease has been referred to as a benign variant of Lou Gehrig’s disease. Those who suffer from this hereditary disease usually don’t show symptoms until between 35 and 66 years of age.

Each contribution goes to the Spastic Paraplegia Foundation, which uses the donations to issue research grants that they hope will lead to a medical breakthrough to cure the two diseases.

Alumbaugh decided he wanted to inspire others during the event by participation. He would shoot video of himself walking up and down a wooden walkway with handrails, with one round trip equaling 28 feet. The video is used in short, but well-produced Facebook programs titled “Kyle’s Talk and Walk”.

After taking over a dozen walks in August and raising nearly $2,000 himself, Alumbaugh has announced he will continue his fundraiser through the month of September. Along with family and friends, Alumbaugh’s fundraising sponsors include Gross Self Storage in Columbus, Bass and Gasper Funeral Home in Westport and Layman Hummel Insurance in North Vernon.

While the motto for the national foundation’s 5K programs is “Celebrating Victory,” Alumbaugh urges those with the diseases who are following his progress on social media to “be a beacon of hope.”

To donate online, go to sp-foundation.org, click the Get Involved menu and select Donate Here. 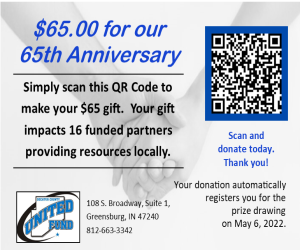 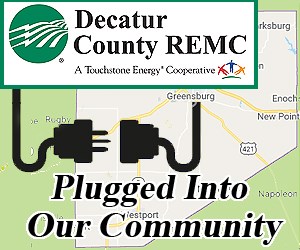